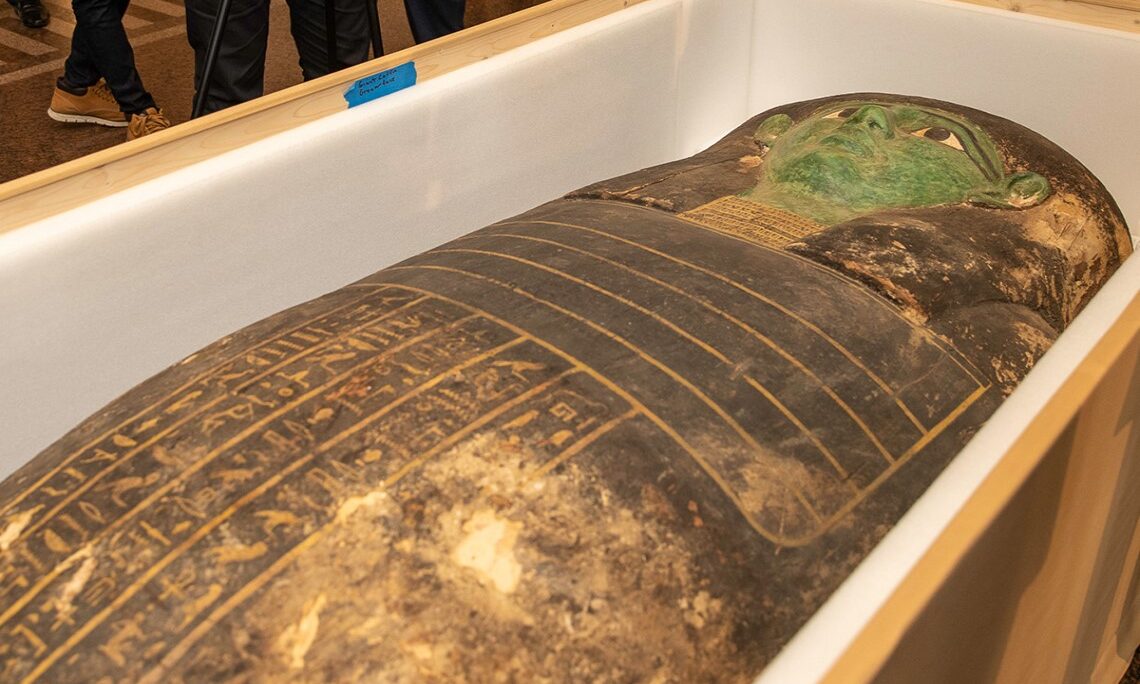 January 2, 2023
Cairo – The U.S. Embassy in Cairo celebrates the return of the Ankhenmaat sarcophagus (the “Green Coffin”) back to the Arab Republic of Egypt. In coordination with Egyptian authorities, the repatriation of this important historical artifact was done with the help of the U.S. Embassy’s Department of Homeland Security team, DHS field offices in the United States, the Manhattan District Attorney’s Office, and the Houston Museum of Natural Sciences.

“Today’s ceremony is emblematic of the long history of cooperation between the United States and Egypt on antiquities protection and cultural heritage preservation. Whether through law enforcement cooperation or broader collaboration to restore and protect Egypt’s iconic historical sites, this work truly exemplifies the partnership between Americans and Egyptians,” Ambassador Rubinstein said.

Ambassador Rubinstein joined Minister of Foreign Affairs Sameh Shoukry and Minister of Tourism and Antiquities Ahmed Eissa for the event. The sarcophagus, which is nearly 3 meters tall and belonged to the ancient Egyptian priest Ankhenmaat, had been looted from Egypt and smuggled into the United States. Following an extensive international investigation, the United States officially returned the artifact to Egypt in September 2022 at a repatriation ceremony in Houston.

Over the past 25 years, the U.S. Government has contributed over $100 million to preserve Egyptian world heritage sites, including the Sphinx at Giza; the Karnak, Luxor and Medinet Habu temples in Luxor; Kom Ombo Temple in Aswan; the Imam al-Shafi’i Mausoleum in Cairo; and the Kom El Shoqafa Catacombs in Alexandria, among many others. Most recently, the United States, through USAID, funded the restoration of the Howard Carter House in Luxor and announced a partnership with the Factum Foundation for Digital Technology in Preservation to develop a Virtual Reality (VR) experience of King Tutankhamun’s burial chamber for Egyptian school children.