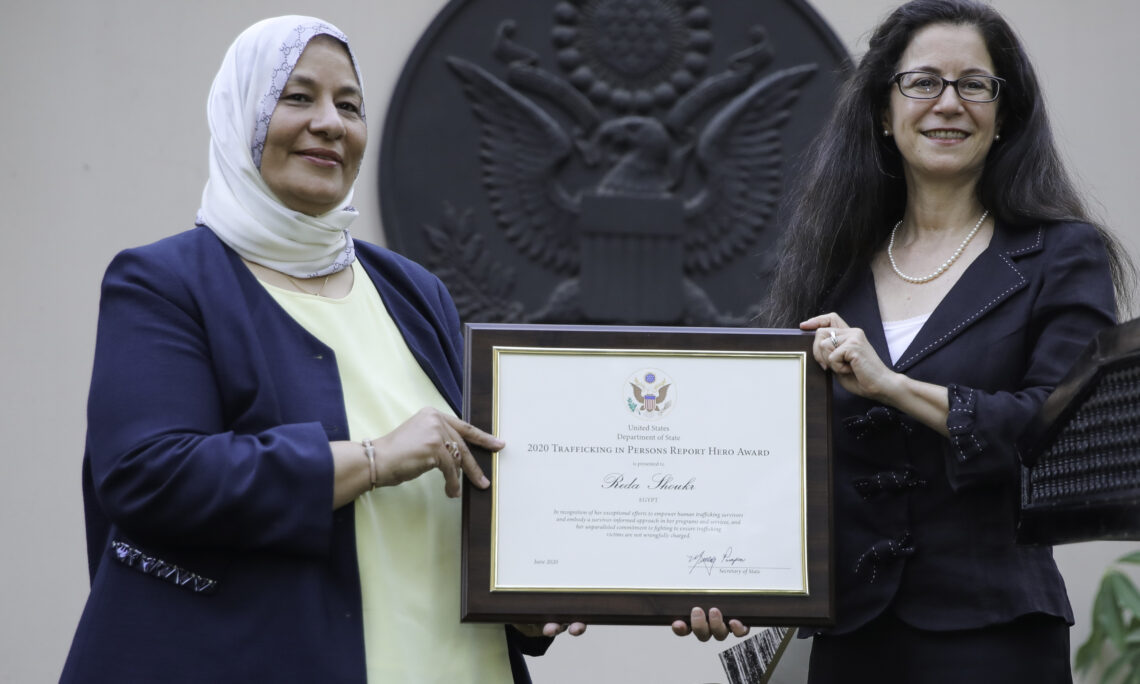 Cairo – On June 14, U.S. Chargé d’Affaires Nicole Shampaine presented Reda Shoukry, director of the Al-Shehab Institute for Promotion and Comprehensive Development (Al-Shehab), with a Trafficking in Persons Hero Award for her work in providing legal aid, social services, psychological support, and vocational training to over 800 victims of human trafficking each year.

Since 2004, the U.S. Department of State has recognized heroes from around the world who have devoted their lives to the fight against human trafficking. Ms. Shoukry was one of just nine global recipients to receive the TIP Hero Award in 2020 when recipients were not able to travel to the United States to receive the award from the U.S. Secretary of State due to COVID-19.

To learn more about the TIP Report Hero Award visit: http://www.tipheroes.org and @JTIP_State on Facebook and Twitter. Also follow the Embassy at www.usembassy.gov and @USEmbassyCairo on social media.