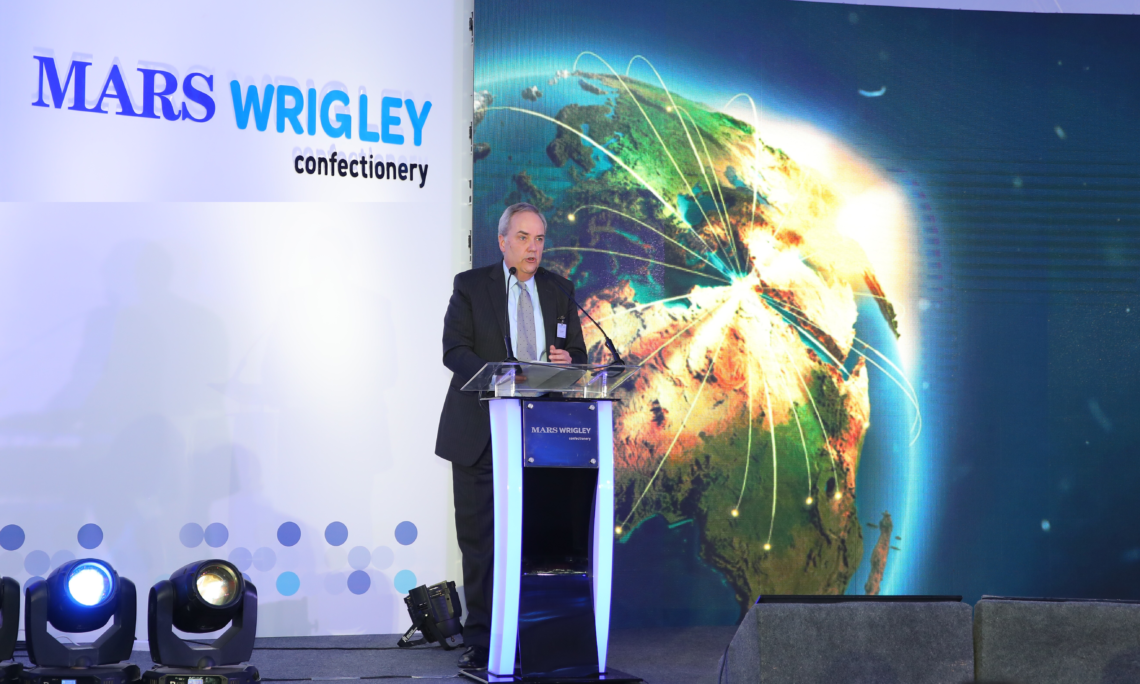 Cairo – Chargé d’Affaires Thomas Goldberger joined Minister of Trade and Industry Tarek Qabil in welcoming the President of the Mars Wrigley Confectionery Company Martin Radvan to Egypt to celebrate the expansion of Mars’ production facility in 6th of October City.  They were joined by senior executives of Mars Wrigley, which is based in Chicago, Illinois, as well as the President of the American Chamber of Commerce in Egypt, Tarek Tawfik.

Goldberger congratulated Mars, a leading American company that has been working successfully in Egypt for more than twenty years, on the significant expansion of its production capacity for export and the domestic market.  He added that Mars’ experience in Egypt “is an outstanding example of a U.S.-Egyptian partnership that benefits both our countries.  America’s and Egypt’s commercial and economic ties are an integral part of our strategic partnership; they complement and support our strong security and political cooperation as we work together to eradicate terrorism and to make the world a better, more peaceful and prosperous place.”

American companies want to be part of the growing momentum in the Egyptian economy, a momentum clearly evidenced by Mars’ choice of Egypt as a location to expand its production for the Egyptian market and for export.  Goldberger noted the Embassy’s excellent cooperation with Egyptian businesses and government agencies to support private sector-led growth and increase job opportunities, and looked forward to deepening U.S.-Egypt economic cooperation in the coming months.