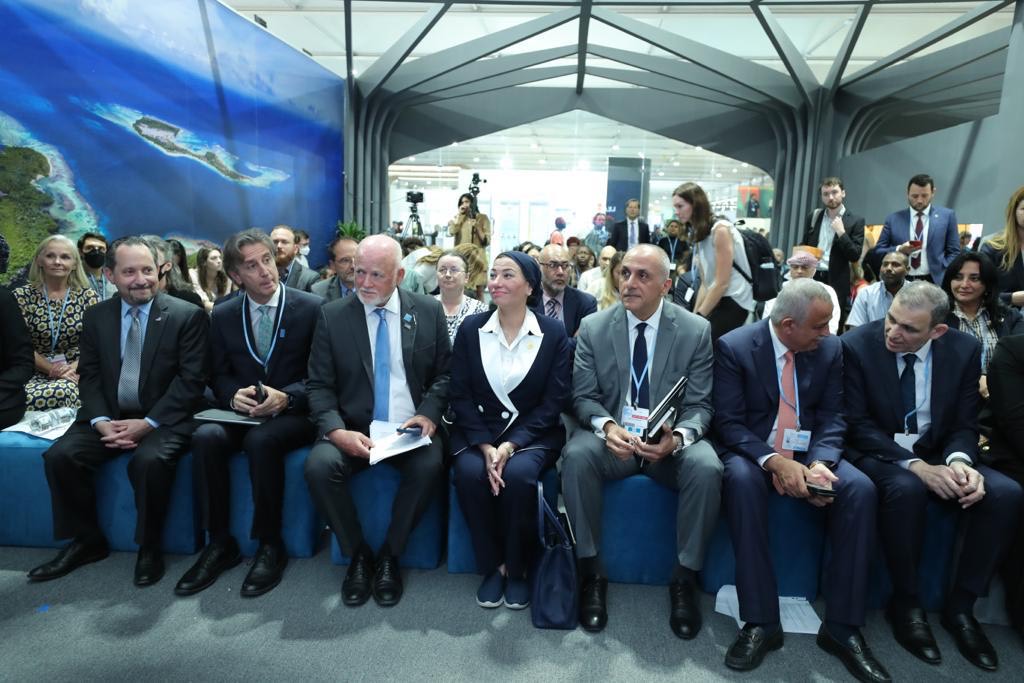 Through an initial U.S. Government contribution of $15 million, the Red Sea Initiative plans to:

● Protect the Red Sea’s coral reef and surrounding coastal ecosystem against the impacts of climate change and human activity;

● Establish a blended finance mechanism to support businesses in building resilience against climate change, reducing emissions, and creating jobs; and

● Partner with private businesses and other donors to leverage up to $50 million in total funding.

To advance the work of the Red Sea Initiative, USAID will build on this initial $15 million contribution by collaborating with the United Nations Global Fund for Coral Reefs (GFCR) to enlist additional donors and investors from the public, private, and non-profit sectors to conserve the Red Sea’s coastal ecosystem for future generations. The GFCR is the largest global blended finance vehicle dedicated to the Sustainable Development Goal 14, Life Below Water. Backed by the United Nations and a coalition of partners, the GFCR is designed to scale financial solutions and sustainable marine economic growth that bolsters the resilience of coral reefs and adjacent coastal communities.

Commenting on the importance of this new initiative, USAID Chief Climate Officer Gillian Caldwell stated, “The Red Sea is home to a rich underwater ecosystem that attracts millions of tourists who create millions of jobs for Egyptians and bring in the equivalent of billions of U.S. dollars each year. In partnership with the Government of Egypt, as well as the Global Fund for Coral Reefs, USAID is pleased to launch the Red Sea Initiative to support the resilience of Egyptian Red Sea communities and their reef ecosystems.”

“The United Nations Development Programme (UNDP) is proud to be part of the groundbreaking Global Fund for Coral Reefs initiative, which is mobilizing new action by countries and communities to protect and restore coral reefs across the world, some of Earth’s most diverse and delicate ecosystems,” said UNDP Administrator, Achim Steiner. “In the face of an intensifying climate crisis, the United States’ support for the Red Sea Initiative, through USAID, will help to drive a nature-positive economic transition while boosting the climate resilience of coastal communities in Egypt – demonstrating that change is possible when leadership, political will, and investment comes together.”

Egypt’s Minister of Environment H.E. Dr. Yasmine Fouad stated, “The Red Sea’s Great Fringing Reef is not only an Egyptian national treasure, but a precious resource for the entire world. We are pleased to partner with the U.S. Government, through USAID, the UNDP and the GFCR to conserve our coral reefs.”

Egypt’s Minister of International Cooperation H.E. Dr. Rania Al-Mashat stated, “Egypt’s Red Sea makes it a unique tourist destination in the region, as its stunning coral reefs and underwater wildlife attract thousands of tourists yearly. The Red Sea’s corals are amongst the last surviving reefs in the 21st century, making it our duty to protect it, through promoting more sustainable practices. Moving towards eco-tourism is no longer a luxury, but rather a necessity. And for that reason, the Government of Egypt is launching the Red Sea Initiative, in partnership with the United States, through USAID, UNDP, and the Global Fund for Coral Reefs. The Initiative is one of the main projects to be implemented under the Climate Change Initiative Bilateral Agreement signed in the framework of the economic cooperation between the Ministry of International Cooperation and USAID/Egypt, aiming to establish a long-term, private-sector led approach to conserve and restore the Red Sea coral reefs, by creating a conservation vehicle that promotes well-organized response to protect the coast and the corals, as well as manage a pool of funds to support the conservation of the reefs.”

Egypt’s Vice Minister of Tourism and Antiquities (MoTA) for Tourism Affairs, Mrs. Ghada Shalaby, commended this new cooperation between MoTA, the Egyptian stakeholders, the U.S. Government, through USAID, the Global Fund for Coral Reefs (GFCR) and other partners, “The Red Sea Initiative touches so many important goals that feed into Egypt’s Vision 2030 and the Ministry of Tourism and Antiquities’ strategy to promote and strengthen ecotourism. The initiative targets the protection of the unique ecosystem in the southern Red Sea region from Hurghada to Shalateen through conservation programs, and places special focus on rehabilitating existing touristic establishments and investing in awareness campaigns and capacity building to achieve long-term change. Most importantly, the Red Sea Initiative is geared towards supporting the local community and empowering women and youth, by creating jobs, inclusion, and awareness.”

The Red Sea Initiative builds on decades of partnership between Egypt and the United States, including USAID investments of over $300 million (equivalent to 4.7 billion EGP) to protect Egypt’s natural resources and build resilience in Egypt against climate change. Conserving the Red Sea’s coral reef and surrounding coastal ecosystem is essential for climate resilience and sustainable long-term economic growth.