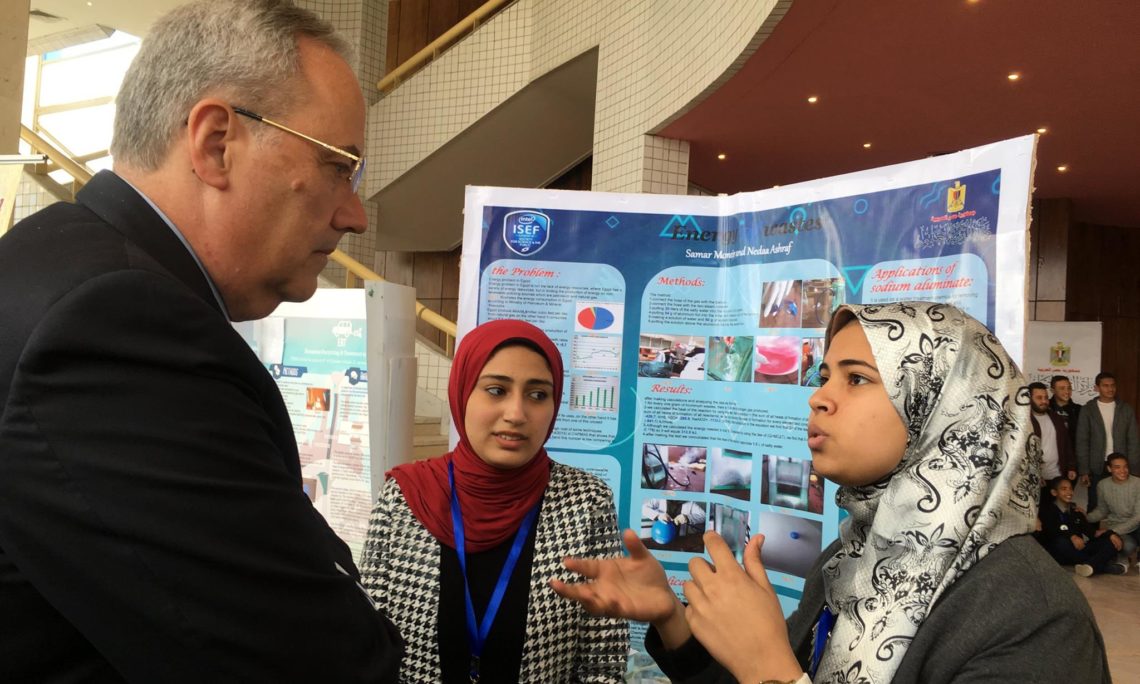 Cairo – Several students were recognized for excellence today during the award ceremony for the Intel International Science and Engineering Fair in Cairo.  The award ceremony caps off a three-day event sponsored by Intel and the U.S. Agency for International Development (USAID) in conjunction with Bibliotheca Alexandrina, the Ministry of Education, and the Ministry of Youth and Sports.

Chargé d’Affaires Thomas Goldberger also visited the Intel International Science and Engineering Fair (ISEF) today and congratulated participants for their innovative projects.  The U.S. government is sponsoring regional fairs in Cairo, Luxor, and Alexandria in February and March 2017.  The winners of each fair will join more than 1,700 high school students from around the world to showcase their independent research and compete for prizes at the international fair in Los Angeles, California in May 2017.

USAID’s support to science, technology, engineering, and mathematics (STEM) education is part of the $30 billion that the American people have invested in Egypt through USAID since 1978.  In addition to providing support for this science fair, USAID helped establish eleven STEM high schools throughout Egypt and formed 140 scientific research clubs in Egyptian middle schools.  USAID offers undergraduate scholarships for students to study in STEM fields in Egypt and the United States and supports the U.S.-Egypt Science and Technology Joint Research Program, which pairs scientists from both nations to jointly address world challenges.