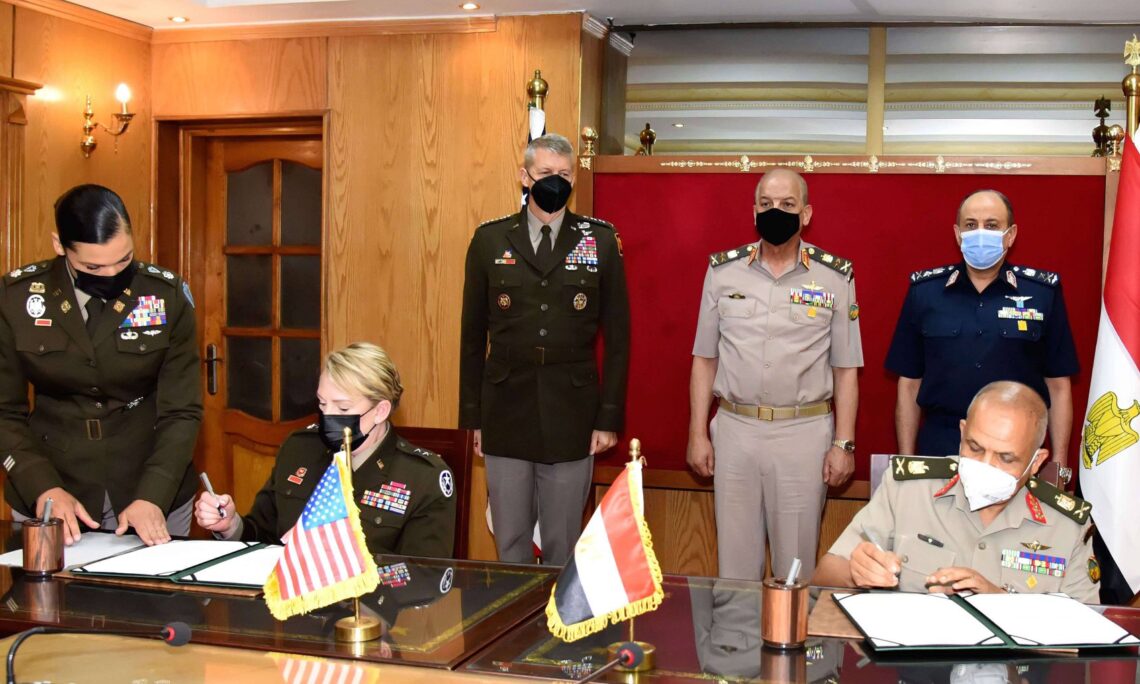 General Hokanson stated: “This is a very proud day for the National Guard. Our 40-year strategic partnership with Egypt is built on common interests and mutual respect. Today’s signing adds a new, unique dimension to the long-term security collaboration that has served our respective nations well. We look forward to developing our mutually beneficial relationship with the Egyptian Armed Forces through key leader engagements, joint training exercises, and bilateral exchanges.”

Activities under this partnership will build on previous and ongoing cooperation efforts including the Texas National Guard’s regular participation in Exercise Bright Star. “We are looking forward to strengthening the relationship between our two forces,” said Maj. Gen. Norris. “We have a long history of supporting peacekeeping operations in this part of the world. This partnership gives Texas a major role in helping secure regional peace and security, and we are excited to be part of such an important mission.”

As part of the Texas National Guard’s program in Egypt, Maj. Gen. Tracy R. Norris will meet with Egyptian Armed Forces leadership. Texas National Guard personnel and their Egyptian counterparts will also carry out multi-day training events and will discuss future exchanges and exercises in other areas of common interest.