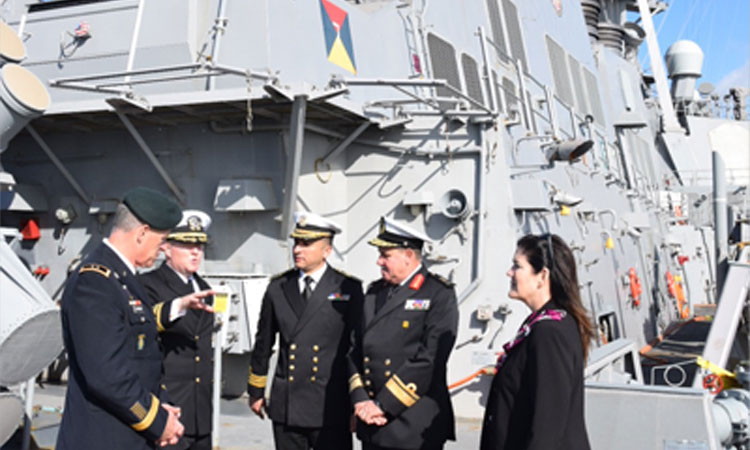 ALEXANDRIA – U.S. Navy ships USS Carney (DDG 64) and USNS Carson City (T-EPF-7) have docked at the Port of Alexandria, the first port visit of a U.S. Navy ship to Alexandria since 2009.  To mark the occasion, the USS Carney’s Commanding Officer, Commander Peter Halvorsen, and the U.S. Embassy’s Deputy Chief of Mission Dorothy Shea welcomed Egyptian guests on board the Arleigh Burke-class guided missile destroyer for a short tour.

Deputy Chief of Mission Shea noted that “while the visit of Carney and Carson City to this beautiful Egyptian port is noteworthy in itself, the port visit is a reflection of something much more significant:  the importance of the strategic partnership between our countries, between our militaries and between our navies.”

In September 2017, more than 200 U.S. service members from U.S. Central Command participated alongside members of the Egyptian Armed Forces for the bilateral exercise Bright Star, and earlier this month Assistant Secretary of Defense Robert Karem visited Cairo to cohost the annual bilateral Military Cooperation Committee (MCC) meeting.  The visit of the two U.S. ships underscores this strategic ties between the United States and Egypt, demonstrating the high level of cooperation between the two militaries.