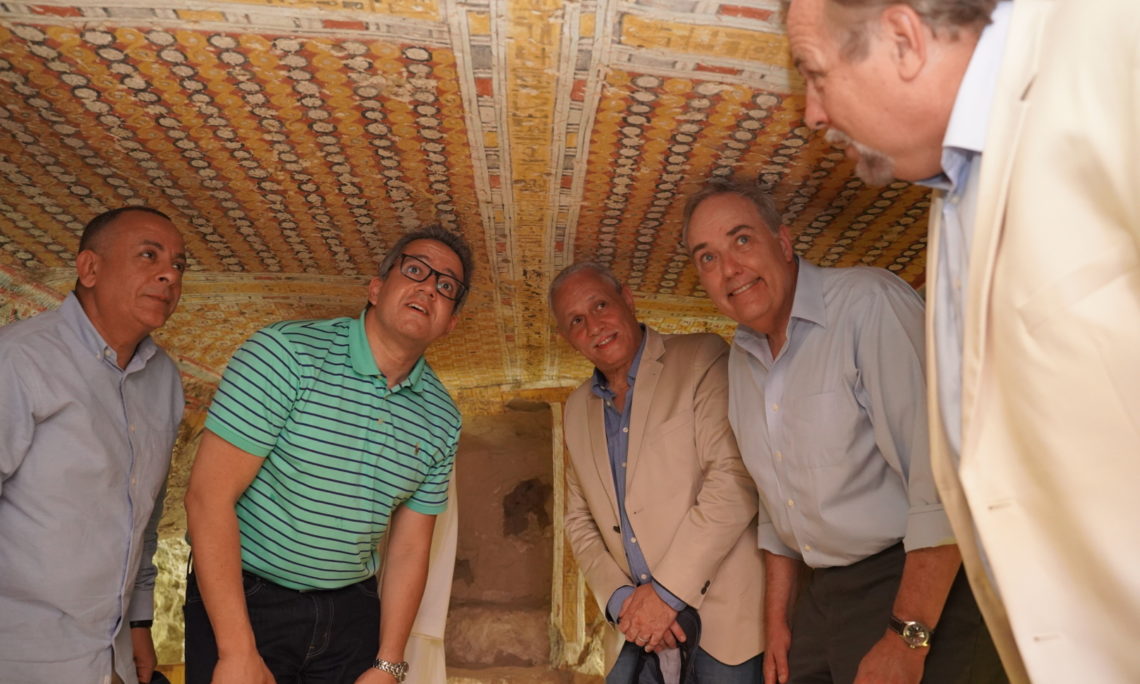 Luxor – In support of Egypt’s vital tourism industry, the thousands of people it employs, and the world heritage represented by Egypt’s cultural monuments, the U.S. Agency for International Development (USAID) has partnered with the Ministry of Antiquities on a number of conservation and training activities in Dra Abu El Naga and Khonsu Temple in Luxor.

USAID contributed 35 million EGP to conserve two tombs at Dra Abu El Naga and eight chapels at Khonsu Temple at Karnak through conservation field schools that provided hands-on training for more than 300 Ministry of Antiquities employees.  This project, implemented by the American Research Center in Egypt (ARCE), improved access to Khonsu Temple and Theban Tombs 159 and 286 and helped preserve them for future generations.

U.S. Chargé d’Affaires Thomas Goldberger joined Minister of Antiquities Dr. Khaled El Enany and Luxor Governor Councilor Mostafa Alham at a ceremony on Sunday, September 8 to celebrate the completion of conservation and training activities at the sites and to demonstrate the depth of the U.S. commitment to supporting the revitalization of Egypt’s cultural heritage through the entire country.

“The United States is committed to our partnership with the Ministry of Antiquities to conserve Egypt’s cultural heritage,” said U.S. Chargé d’Affaires Thomas Goldberger. “These programs are helping create lasting jobs and prosperity in Egypt.”

Since 1995, the American people, through USAID, have provided $100 million in assistance to conserve monuments and masterpieces spanning the full range of Egypt’s long history, from Pharaonic times to the late Ottoman period. USAID-financed restoration and training programs help ensure that Egypt can capitalize on the sector’s traditional role as an engine of economic growth and employment.

USAID’s support of Egypt cultural heritage is part of the $30 billion that the American people have invested in Egypt through USAID since 1978. To find out more about USAID’s work in Egypt, please see https://www.usaid.gov/egypt, and follow on Facebook and Twitter at @USAIDEgypt.