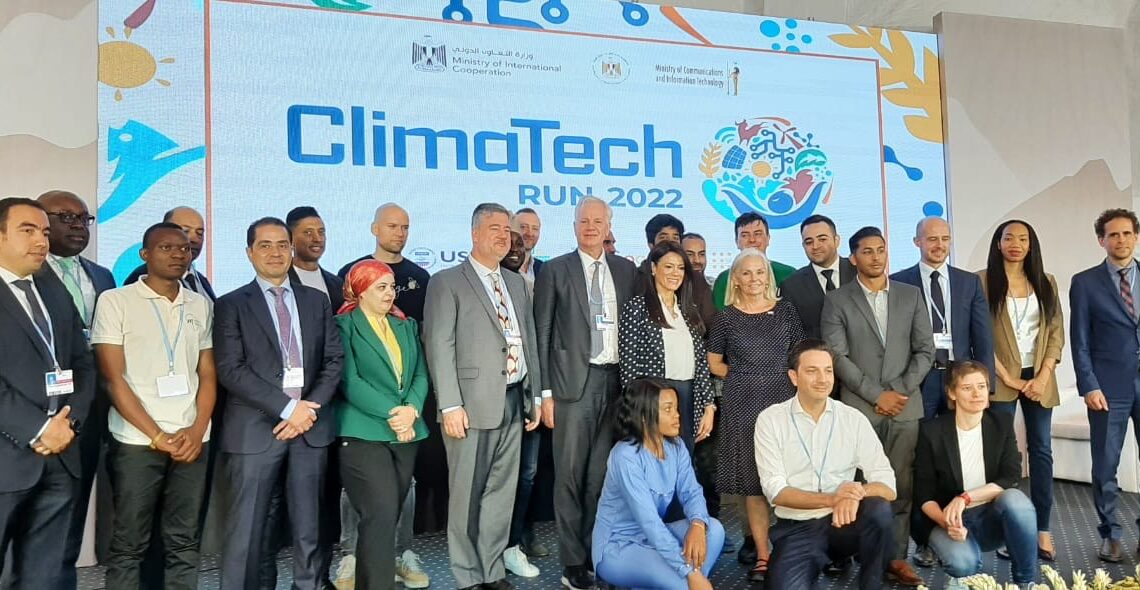 Sharm El Sheikh – On November 10, the United States and Egypt announced the five winners of ClimaTech Run Global Competition, which supports entrepreneurs, ideas, and innovations from around the world through funding, as well as networking and mentorship opportunities. The United States supports this initiative  through USAID.

From an initial applicant pool of 422 startups representing 77 countries, 15 finalists were invited to pitch their ideas at COP27.  The first three winners, Ryp Labs, Earthly, and Koltiva received $100,000, $50,000, and $25,000, respectively, in cash prizes, and the top two African startups, BleagLee and LiquidGold, received $50,000 and $25,000, respectively.  In addition to monetary awards, winners will participate in an acceleration program that offers networking and mentorship opportunities with business leaders.

Addressing the finalists, USAID Mission Director Leslie Reed said, “Climate change is a borderless threat, and the United States remains committed to addressing it through increased cooperation and funding for research, innovation, and entrepreneurship that staves off its worst impacts.  We are excited to support these innovators and entrepreneurs in developing solutions to the climate crisis through the ClimaTech Run Global Competition.”

ClimaTech Run is part of the U.S. Government’s Business Egypt program, which focuses on expanding the quality and quantity of job opportunities for Egyptians by assisting new and existing micro-, small-, and medium-sized enterprises.  The competition also received support from the Ministries of Environment, and of  Communications and Technology, and international partners including the World Food Programme, the African Export-Import Bank, and Google.

Over the last 10 years, the U.S. Government has supported over 10,000 Egyptian entrepreneurs to grow their businesses through business development centers, incubators, mentorship opportunities, and increased capital access.