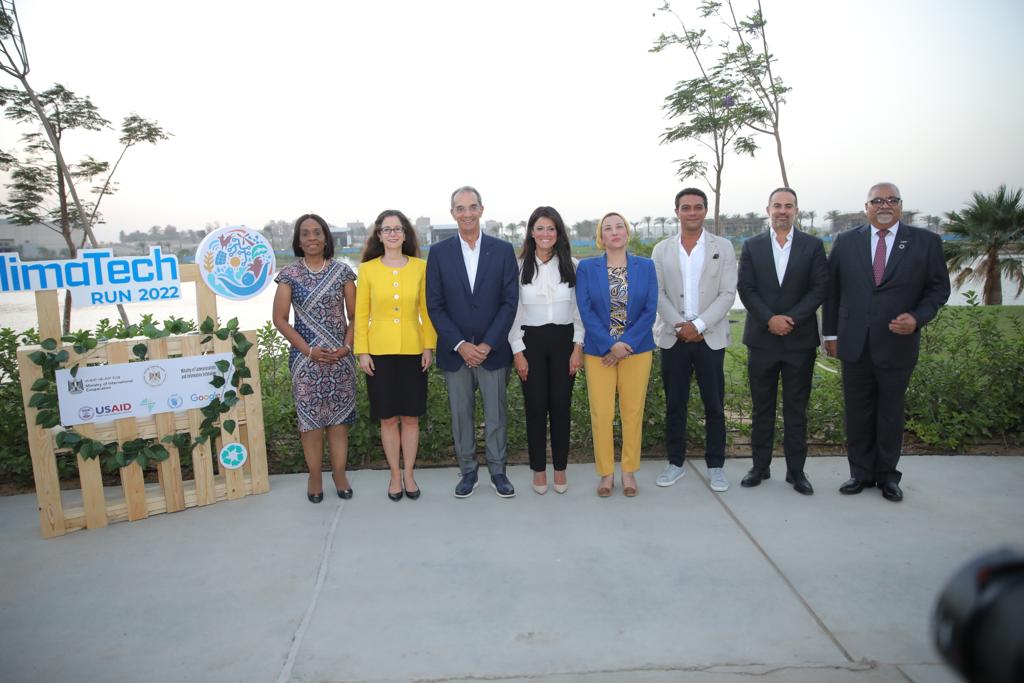 Cairo – On August 22, the United States and Egypt launched the ClimaTech Run global competition to support entrepreneurs and innovators from around the world in developing green solutions and technologies to our shared climate change challenges. Winners of the competition will receive a cash prize and an invitation to present their work at COP27 in Sharm el-Sheikh in November 2022.

Start-ups and entrepreneurs from all over the world are encouraged to apply, with a special emphasis on innovators from the Middle East and Africa. To sign up for the competition, visit: http://climatechrun.com/.

“Climate change is a threat that sees no borders,” U.S. Chargé d’Affaires Nicole Shampaine said at the launch event. “The United States is committed to dealing with the climate crisis and cooperating with our global partners to strengthen our shared climate ambition.”

The launch of the ClimaTech Run competition shows the depth of the U.S.-Egypt partnership in solving shared global challenges. Attendees at the August 22 launch included Chargé Shampaine, Director of the Office of Economic Growth at USAID Laura Gonzalez, Minister of International Cooperation Rania al-Mashat, Minister of Environment Yasmine Fouad, Minister of Communications and Information Technology Amr Talaat, and other government officials. Other notable sponsors and collaborators in the ClimaTech Run competition include the World Food Programme, the African Export-Import Bank, and Google.

The ClimaTech Run competition is part of USAID’s nearly $35 million (EGP 670 million) Business Egypt program, which focuses on expanding the quality and quantity of job opportunities for Egyptians by assisting new and existing micro-, small-, and medium-sized enterprises. The USAID-supported Youth Entrepreneurship Network (YEN) will assist Business Egypt and the Ministry of International Cooperation in running the competition’s online platform.

The U.S. Government works closely with the Government of Egypt on strengthening the ecosystem for Egyptian start-ups and has provided over $30 billion (EGP 471 billion) to support economic programs across the country, including $15 billion (EGP 287 billion) to support the Egyptian government and businesses in modernizing and growing the economy. Over the last 10 years, the U.S. Government has supported over 10,000 Egyptian entrepreneurs to grow their businesses through development centers, incubators, mentorship opportunities, and increased access to finance.

To learn more about the U.S. Government efforts to advocate for Egypt’s economic and environmental initiatives, visit: www.usembassy.gov and https://www.usaid.gov/egypt and follow @USEmbassyCairo and @USAIDEgypt on Facebook and Twitter.