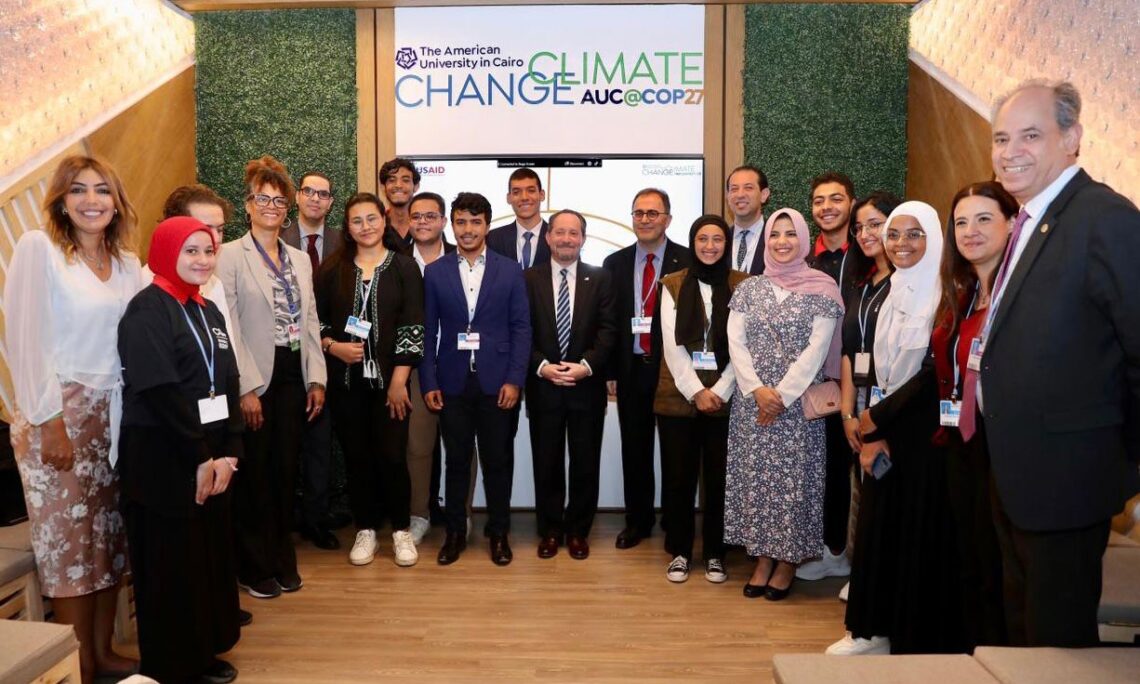 Sharm El Sheikh – Today at COP27, the United States announced its support for USAID Egyptian Pioneers, a new program that will provide scholarships and training to Egyptian students with an emphasis on sectors that can advance Egypt’s climate goals. This program will include:

● scholarships to at least 60 mid-career Government of Egypt (GOE) professionals to obtain master’s degrees in the United States or Egypt,

● scholarships to at least 50 mid-career GOE professionals to pursue post-doctoral studies in the United States, and

The American University in Cairo (AUC) will administer these USAID-funded scholarships and training in coordination with the Ministry of Higher Education and Scientific Research, and together the two organizations will connect private and public sector institutions with university programs to strengthen Egypt’s workforce.

USAID Deputy Mission Director Margaret Sancho stated, “Climate change is an enormous challenge for all people, all over the world. But we also know that women and girls bear a disproportionate burden of its impact. Despite this, women and girls are leading climate change solutions in their communities. That is why USAID’s Egyptian Pioneers program will include leadership and professional training, undergraduate and postgraduate scholarships, and study abroad programs in the United States for more than 500 Egyptian women.”

Minister of Higher Education and Scientific Research Dr. Ayman Ashour said, “Around the world, climate change and growing populations are putting pressure on precious natural resources. That’s why, through USAID Egyptian Pioneers, the Ministry of Higher Education and Scientific Research together with USAID and AUC will place special emphasis on sectors that directly contribute to Egypt’s climate change goals. This new activity demonstrates continued fruitful collaboration between the Government of Egypt and the U.S. Government to address Egypt’s development priorities.”

AUC President Dallal said, “Leading the USAID Egyptian Pioneers program is a great honor to AUC. We commit to extending our longstanding leadership and excellence in education, capacity development, and training to ensure the sustainable integration of the public, private, and academic sectors. Egyptian Pioneers will surely leave an enduring impact on Egyptian society, advancing Egypt’s economic development and progress toward its Vision 2030. We thank the U.S. Government and the Ministry of Higher Education and Scientific Research as we endeavor together on this partnership journey.”

Since 1978, the U.S. Government, through USAID, has contributed over $30 billion (471 billion EGP) to Egypt’s development, representing one of the most substantial assistance commitments by the U.S. Government to any country in the world.