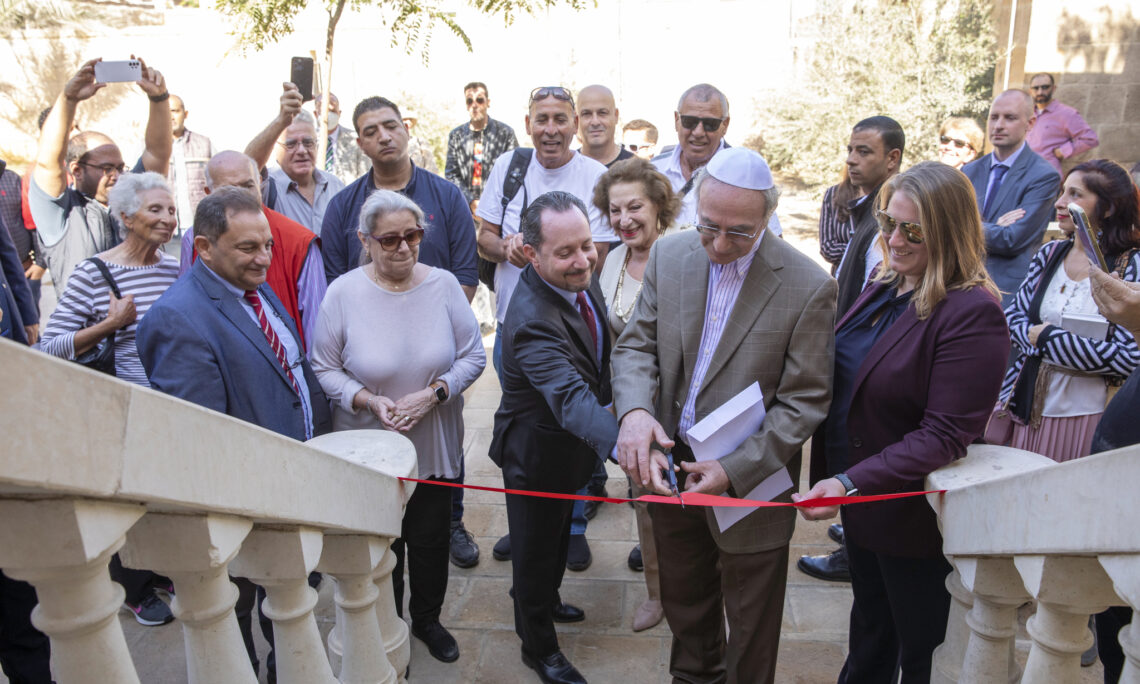 Cairo – The U.S. Embassy in Cairo, in partnership with the American Research Center in Egypt (ARCE) and representatives of American and Egyptian Jewish organizations, inaugurated today the newly-restored Lichaa and Menasha burial sites in Cairo—the sole remaining portion of Egypt’s Karaite Jewish cemetery (the Bassatine Cemetery) and one of the oldest operational Jewish cemeteries in the world.  As part of the U.S. Ambassadors Fund for Cultural Preservation, the U.S. Department of State issued a $150,000 (approximately 2.25 million Egyptian Pounds) grant to ARCE and its partner, the Drop of Milk Foundation, to fund the cemetery’s restoration.  A private donation from the Karaite Jews of America provided additional amenities and landscaping for a memorial garden—the Garden of Remembrance—at the site.

At the inauguration ceremony, U.S. Charge d’Affaires, a.i. Ambassador Daniel Rubinstein highlighted the United States’ commitment to preserving the memory of the central role the Jewish community has played in Egyptian history:  “[T]he Bassatine Cemetery has served Egypt’s Jewish community since its establishment in 1482 by Mamluk Sultan al-Ashraf Qaitbey.  The U.S. Government will remain Egypt’s committed partner in the preservation, restoration, and protection of Egypt’s valuable cultural and religious sites, such as the Lichaa and Menasha burial sites, which contribute to the richness and diversity of Egyptian history.”

Over the past 25 years, the U.S. Government has contributed over $100 million (approximately 2.4 billion Egyptian Pounds) to preserve world heritage sites in Egypt, such as the Sphinx at Giza, Kom Ombo Temple in Aswan, the Imam al-Shafi’i Mausoleum in Cairo, and the Kom El Shoqafa Catacombs in Alexandria.  Most recently, the United States funded the restoration of the Howard Carter House in Luxor and announced a partnership with Factum to develop a Virtual Reality (VR) experience of King Tutankhamun’s burial chamber for Egyptian school children.

To learn more about the U.S.-Egypt cultural partnership, visit: https://eg.usembassy.gov  and https://www.usaid.gov/egypt and follow @USEmbassyCairo and @USAIDEgypt on social media.

To learn more about the Ambassadors Fund for Cultural Preservation, including opportunities to submit proposals, visit: https://eg.usembassy.gov/education-culture/afcp/