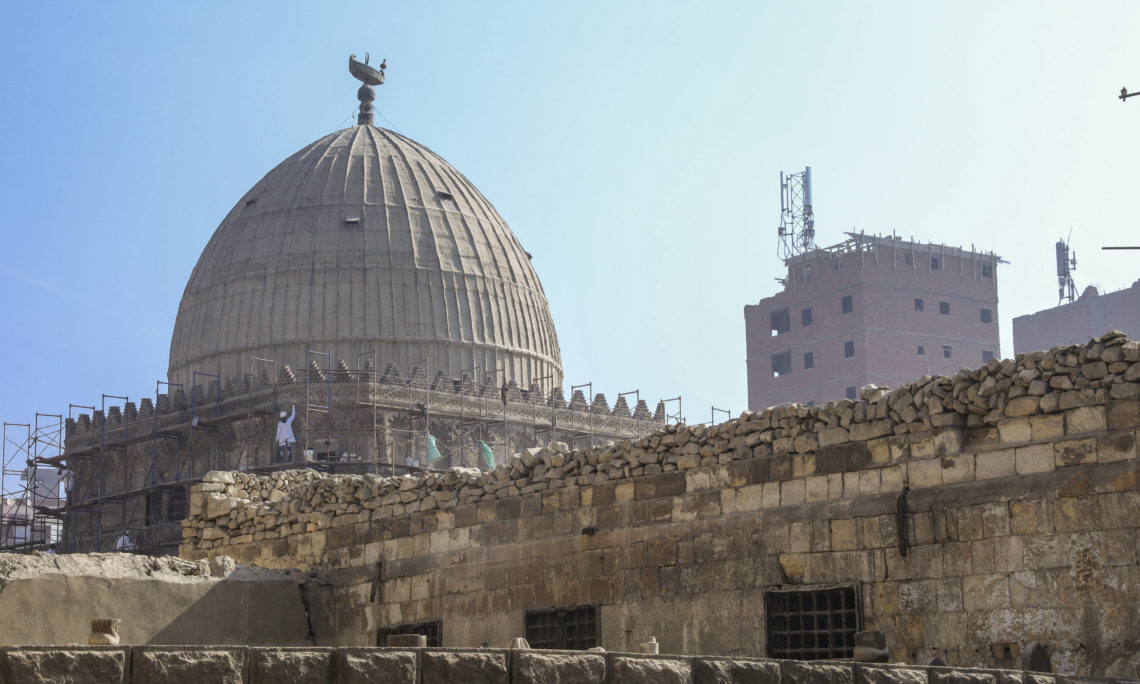 CAIRO – Chargé d’Affaires Thomas Goldberger joined Minister of Antiquities Dr. Khaled El-Enany on December 4 in reviewing the significant archaeological work that the Egyptian organization “Megawra” is undertaking at the historic mausoleum of al-Imam al-Shafi’i, in the cemetery district of Historic Cairo.

Megawra’s Athar Lina Initiative for Egyptian Cultural Preservation has been working under the supervision of the Ministry of Antiquities to resolve structural problems in the masonry walls, subsidence of floors, leaking roofs and disintegration of the decorative elements at this historically unique site that is resting place of with the venerated founder of one of the four leading schools of Islamic law in the Sunni tradition.

Megawra’s work is supported by a $695,000 grant from the U.S. Ambassadors Fund for Cultural Preservation.

According to Chargé d’Affaires Goldberger, “Cultural heritage is a great way to enhance mutual understanding between people of diverse backgrounds and nations, and it endures as a reminder of the contributions and historical experiences of humanity.  We are very proud of our partnership with the Ministry of Antiquities to preserve this important site.”

Since 2003, projects in Egypt have received more than $1.5 million in support from the Ambassadors Fund, which has supported training workshops for Supreme Council of Antiquities officials and staff, as well as the conservation of monuments from the Pharaonic, Greco-Roman, and Islamic periods that significantly contribute to the understanding and appreciation of these decisive eras in world history.