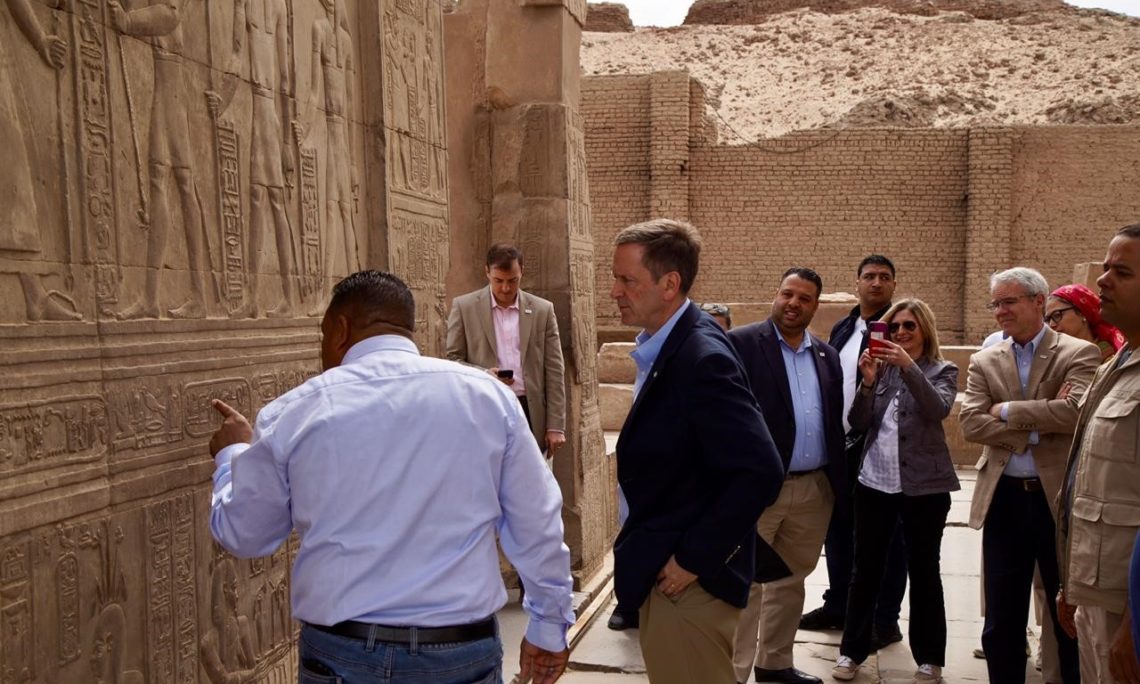 “Rising groundwater is a threat to ancient structures throughout Egypt. Damage to this and other sites would be a significant loss—not just for Egypt, but the global community.  USAID is proud to partner with the Government and people of Egypt to protect these key archaeological sites,” noted USAID Administrator Mark Green.

USAID, working in partnership with the Ministry of Antiquities and the National Organization for Potable Water and Sanitary Drainage, expended $9 million for the system to lower the groundwater level and thus preserve this cultural treasure, which is an important tourist attraction in Upper Egypt.

Over the past 25 years, USAID has provided more than $100 million to preserve, restore, and protect cultural heritage sites throughout Egypt. The funding has supported the development of large-scale engineering systems at the country’s most prominent historical sites, including the Sphinx in Giza, the Karnak Temple in Luxor, and the Catacombs in Alexandria.

Since 1978, the American people have invested $30 billion to further Egypt’s human and economic development. To find out more about USAID’s work in Egypt, please see https://www.usaid.gov/egypt, and follow on Facebook and Twitter at @USAIDEgypt.