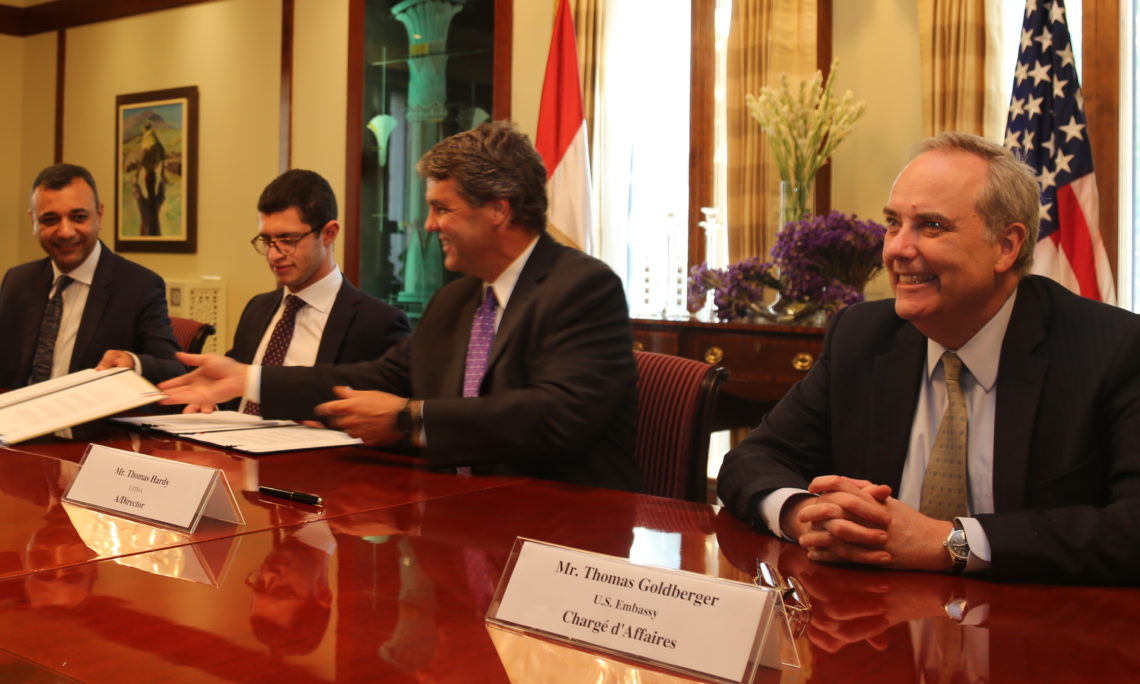 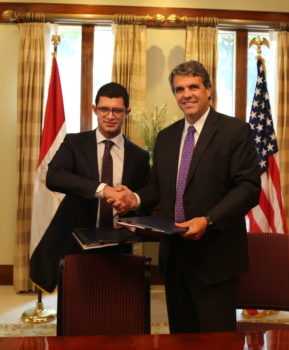 CAIRO – Acting Director of the U.S. Trade and Development Agency Thomas R. Hardy visited Egypt on September 23 and 24 in order to strengthen the agency’s support for U.S. commercial engagement in Egypt’s infrastructure development.

During the visit, Acting Director Hardy signed a grant with Egyptian energy and electric cable corporation ElSewedy Electric S.A.E. to evaluate the technical, regulatory and financial viability of a waste lube oil collection and re-refining network in Egypt.  “We are pleased to support this important project that will advance Egypt’s energy development goals,” Acting Director Hardy said. “Today’s grant is an excellent example of the types of projects that USTDA supports, one with a strongly committed Egyptian partner who seeks the best of U.S. technology in achieving its objectives.” Hardy also met with leaders and members of the American Chamber of Commerce in Egypt to explore areas of collaboration between U.S. and Egyptian businesses.

Chargé d’Affaires of the U.S. Embassy in Cairo Thomas Goldberger said, “This USTDA visit helps to meet one of our most important objectives at the U.S. Mission to Egypt, to support Egyptian businesses in identifying and using the best of U.S. technology, in order to strengthen economic development and environmental protection.”

The U.S. Trade and Development Agency helps companies export U.S. goods and services for priority development projects in emerging economies. USTDA’s past successes in Egypt include a vessel traffic management system in the Suez Canal and various petrochemicals plants. USTDA has also supported events aimed at promoting new U.S. commercial opportunities in Egypt, including the 2011 Egypt: Forward conference in Washington, D.C., which highlighted energy, transportation, IT and agribusiness projects, as well as the MENA Power 2010 conference in Cairo, which showcased projects from around the region.  Overall, USTDA has supported more than 50 public and private sector projects in Egypt across a range of sectors, particularly energy, transportation and IT.