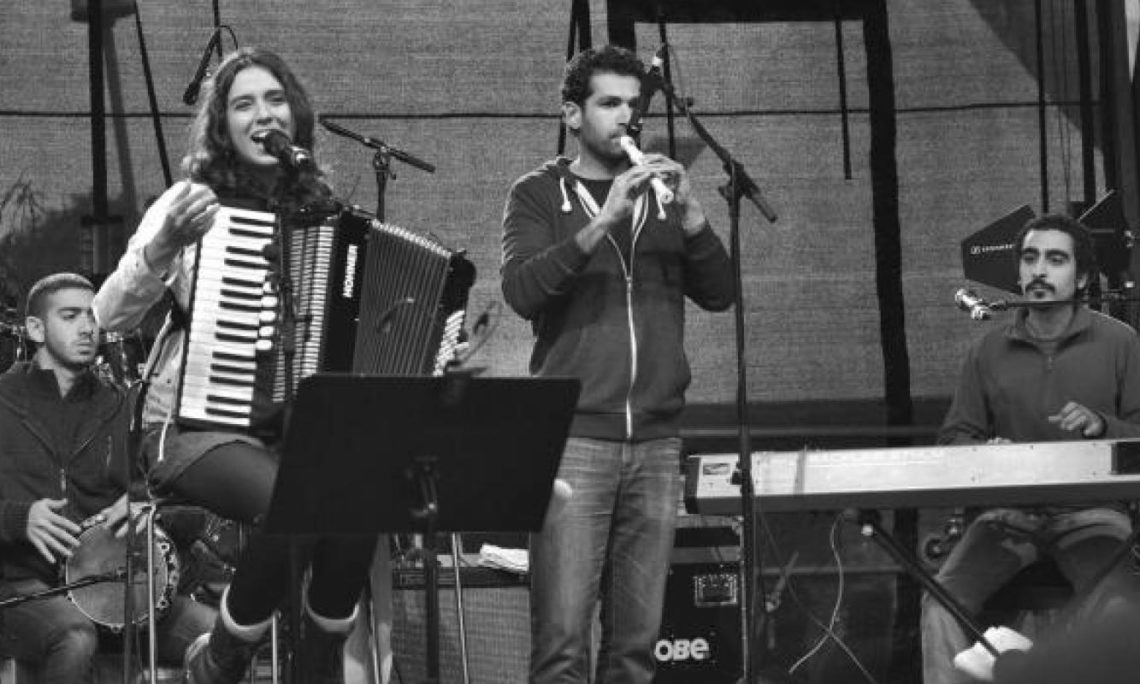 Cairo – The U.S. Embassy in Cairo in partnership with the Center Stage arts exchange program is pleased to announce the U.S. debut of Youssra El Hawary.  Youssra and her band will tour from September 11 to October 12 across the United States, featuring a number of musical residences, artist-to-artist exchanges, and public concerts in 10 cities including Washington, D.C.; Kittery, Maine; and Albuquerque, New Mexico.

Now a fixture of Egypt’s independent music scene, El Hawary and her five-piece band meld the sounds of Cairo’s underground with quirky acoustic charm, led by the sway and swagger of El Hawary’s accordion. Her songs entwine French chanson, indie rock, and jazz to underscore an idiosyncratic artistic world. Performed with playful charisma, her compositions capture the feelings of everyday life in Cairo, and the charged alchemy of the Mediterranean basin that fuels her distinctive and soulful sound.

Since 2012, the Center Stage arts exchange program, supported by the U.S. Department of State, has welcomed important new voices into the cultural dialogue of the United States, enlarging our world and sharing diverse, global perspectives directly with communities in the U.S.  Now in its fourth season, Center Stage brings diverse groups of international musicians to tour the U.S. from coast to coast, hosted by colleges and universities, festivals, music clubs, and cultural centers. Each tour includes residencies in large cities and small towns, and a range of activities from performances, workshops, and discussions, to artist-to-artist exchanges, masterclasses, and community gatherings.

Center Stage is a public diplomacy initiative of the U.S. Department of State’s Bureau of Educational and Cultural Affairs, administered by the New England Foundation for the Arts in cooperation with the U.S. Regional Arts Organizations, with support from the Doris Duke Foundation for Islamic Art, and the Trust for Mutual Understanding. General management is provided by Lisa Booth Management, Inc. Visit www.centerstageUS.org. Cultural and artistic exchanges are just one way the United States partners with the people and government of Egypt.  Find out more at the Embassy’s website, https://eg.usembassy.gov, and follow us on Facebook, Twitter, and Instagram at @USEmbassyCairo.